This subject is continuously but unnecessarily debated.  The facts are clear and are without argument.  Many product inconsistencies are associated with wild shot deer: seasonal supply, variable dietary influenced flavours, species differences, size variations, questionable age, unknown health status, animal welfare & so on.

A big concerns is:

the source of your venison and to what environment the animal has been exposed.

The chemical status of wild deer cannot be known, there is no history.

Wild deer are free ranging, largely secretive, opportunistic feeders and will become nocturnal when pressured. Therefore, their exact whereabouts leading up to their death cannot be guaranteed.

Unlike Farmed Venison, commercial wild shot venison is not required to comply with chemical residue testing.

It would be fair to conclude, due to the habits of wild deer, every wild deer shot intended for Human Consumption should be tested if claims are to be made. 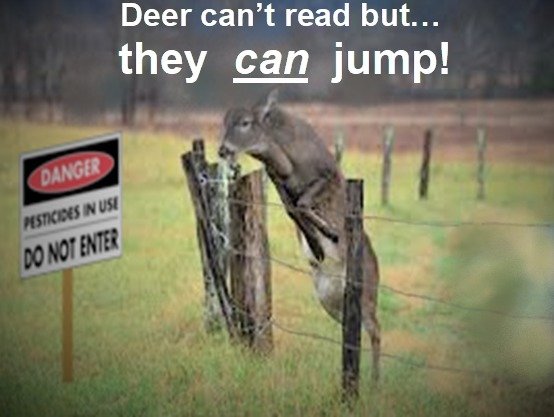 Farmed Deer are subject to Government regulated strict bio-security arrangements. These regulations were imposed several years ago.  More recently the Policy was reviewed (2018) and industry brought into line with current best practice (2019).   The next review is scheduled for 2024.

All farm produced Venison contributes to National Residue Testing levy and has done so since the 1980's.

To Denver or Not to Denver, that is the question...
Which species and what does in matter?
Defining the Game
Comments